Difference between revisions of "Getting Started With C"

This page describes the necessary surrounding for coding in c programming language and running your C code.
Coding in C language can be done by different IDE’S. The recommended on is Clion IDE by jetbrains.
In the Aquarium computers, it can be found at:

For windows installation of clion,follow this guide for getting a student licence from jetbarins to all of jetbrains software.
after installing Clion, a compiler is needed, such as cgywin or mingw which are available online at and . 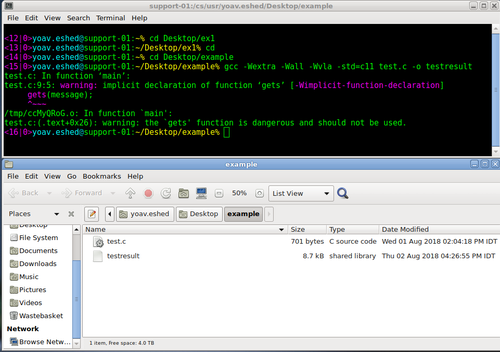