The printer in each of the public student labs (aquariums) is called st. The st printers are managed by the Mafil company and can be used by everyone. test

Mafil printers for students in aquariums

Jobs sent to printer st can be printed on any Mafil printer. In order to print a job, the user must either swipe a credit card or insert a special Mafil card into the device next to the printer. He will then be requested to enter an ID number. A user's Mafil ID number is initially his Mispar Zehut, but it can be changed using the lpin utility. If the user has sent more than one job, he will be able to choose which of the jobs he wishes to print. Unprinted jobs are discarded after 8 hours.

To add a CS printer to your PC or personal laptop:

From the "run window" or Windows explorer go to \\samba. Find the printer you need in the opened folder. Right click the printer and choose Connect.

In order to print or add the printer you have to be on the CS wired or wireless network(NWCSE).

Members of staff can always print on CSE printers. All other users can print only if they have been allocated quota (and have sufficient quota for the job). Quota is normally allocated only by special request of a member of faculty. The request should state the number of pages to be allocated.

One page of quota is deducted per side of paper printed. The following utilities are available:

Command printjobs takes a variety of arguments. To see, do

Jobs are sent to the printer using the lpr utility. Most printers can print only PostScript and Text files. (Of the public printers, gr, cps, ps4 and l5 can print also PDF files.) Document viewers e.g. firefox and acroread, convert a document to PostScript before piping to lpr. Various command line utilities are also available for converting to PostScript e.g. enscript and a2ps for Text, and pdf2ps for PDF. Other utilities manipulate a PostScript file e.g mpage can put multiple pages on one physical page. Document viewers for PostScript include gs and gv. 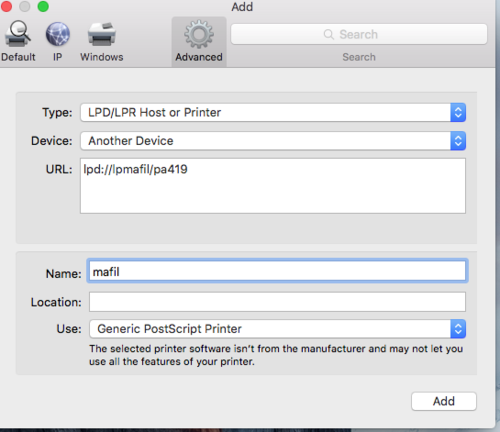