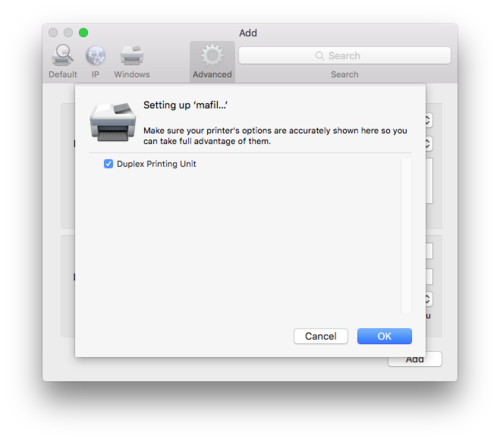 If the username of mac laptop is not the same as your CS login first download and install that file [6] , after that install the printer as shown above. When you print there will be a pop-up asking for your CS username and password.